Lloyd Godman is an ecological artist. A successful photographer for many years, Lloyd is currently working with plants. This is not as big a transformation as it may seem – much of Lloyd’s photographic work explored plants as a form of photography – indeed he describes the planet as large scale photographic membrane. Lloyd says that he is an activist – in that art is an action for positive social change. Art itself though, he says is largely unsustainable.

Lloyd is based at Melbourne’s Baldessin Press. He describes his work as super-sustainable: artworks with a positive effect. They both question – what we are doing to the planet is a giant uncontrolled scientific experiment and we don’t know what is going to happen – and provide positive benefits. Working with bromeliads, particularly the Tillandsia family, Lloyd creates aerial gardens that are being increasingly recognised for their contribution to architecture. Â His Rotating Gardens are now being installed inÂ prominentÂ locations in Melbourne.

Here’s Lloyd with a rotating garden. 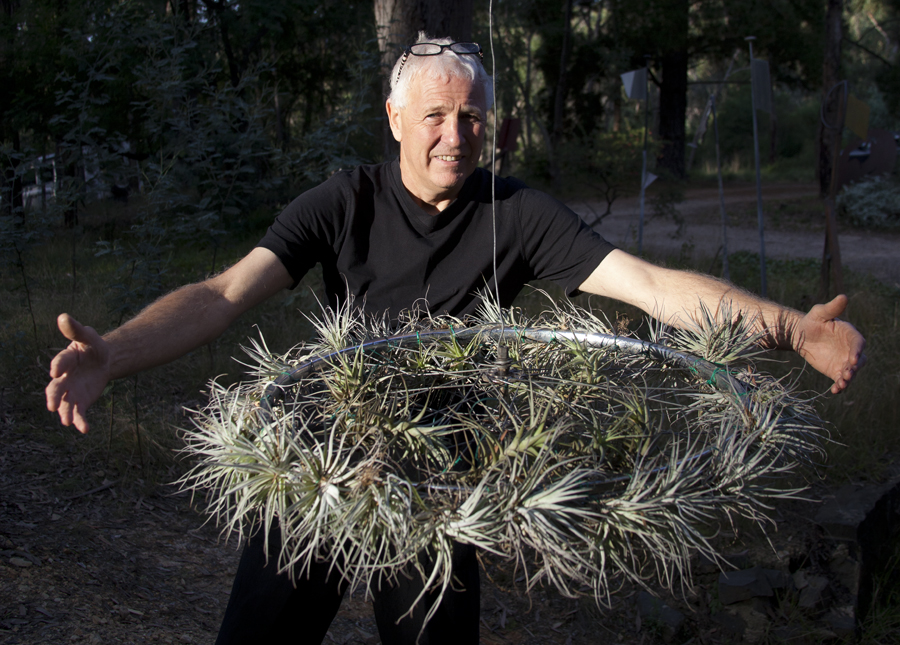 Lloyd’s work discussed in the show: